A few hours ago while most of us on the east coast were sleeping, the Denver Broncos and the Los Angeles Chargers were playing the last five seconds of their season opening ESPN Monday night game. The Chargers lined up to kick a 44-yard, game tying field goal and this morning the NFL.com headlines read “Broncos hold back Bolts comeback by a fingertip.”

The headline is so spot on not only because of it’s accuracy but also because if you slow down to see everything it took to get that fingertip on the ball, it is a great example of why it is so hard to win a game in the National Football League. The Broncos did a lot of little things right on this special teams play and the play leading up to it. First, let’s take a look at a drawing of the block itself. Substitute defensive lineman #96 Shelby Harris gets his finger on the kick after penetrating his A gap. 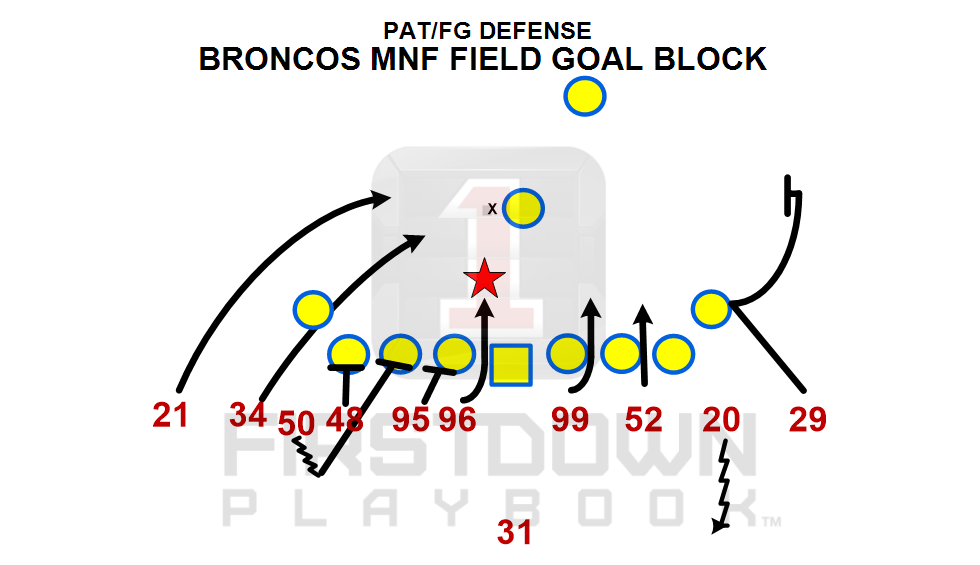 Now lets look at some of the things that lead up to this game wining play:

As you can see from the screenshot above Harris has kept his pads down long enough to get penetration in the small A gap crease and just as importantly got his pads thin as he penetrated. His shoulders are turned to the sideline as he gives the protectors less surface area to block. Finally Harris elevates AFTER getting penetration and gets his NEAR hand up. These are all things that are coached and taught as you can see from one of our FirstDown PlayBook technique slides below. If Harris or any of his teammates do any of these things incorrectly there is no blocked kick. 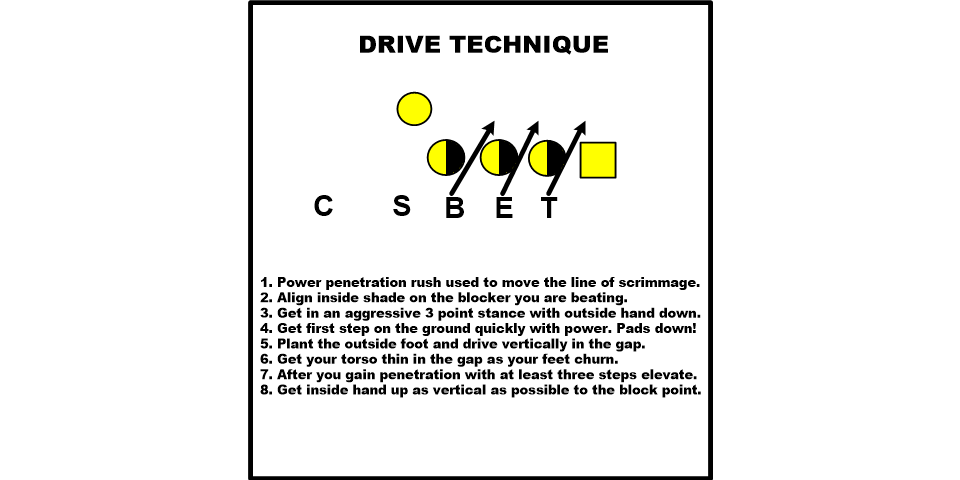 Some might say that we are making too much of the coaching aspect of this football play and it was just a great effort play in a crucial moment. We won’t deny the effort part or even that there are some things that the Chargers could have done better to prevent the block but when it comes to competing in the NFL, sometimes it takes every small detail to be executed right to win the game by a “fingertip”.