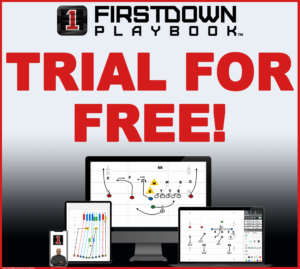 My decision on going with the catch man technique in the red zone  was because I was tired of seeing DB’s get beat on fade and Back Shoulder. Just studying the NFL, college football and coaching websites I wanted to try something different.

I actually fully understood it by watching Revis play the catch tech on YouTube in 1 on 1’s when he played for the New York Jets. So before the season started I wanted my DB’s not to press in the red zone, we still press from time to time. I knew teams were going to throw fades all the time if we lined up in press. We got beat on fades in 2012 and we did not get beat on fades in 2013.

The Catch Man Technique Was Effective For Us This Year

Not sure if it was the catch man technique or we just did not see many opportunities. Either way it was effective for us this year. I also asked different offenses coaches what caused them problems from a DB standpoint. The main feedback I receive was they had a hard time moving the DB if he just played flat footed at 8-9 yards and did not move.

The WR wants to move the DB, open his hips up etc. Around 6-8 yard mark is the break point for the WR, every team coaches them up different, but by us being flat footed and playing with depth we can collision the WR and take him off his route. Teams did not run much fades when we played the catch. They just ran slant, out, etc, which by us playing flat foot we can just drive “hot” on the route and get either an INT or a PBU. My players bought into the catch tech so we played it in all man coverages. 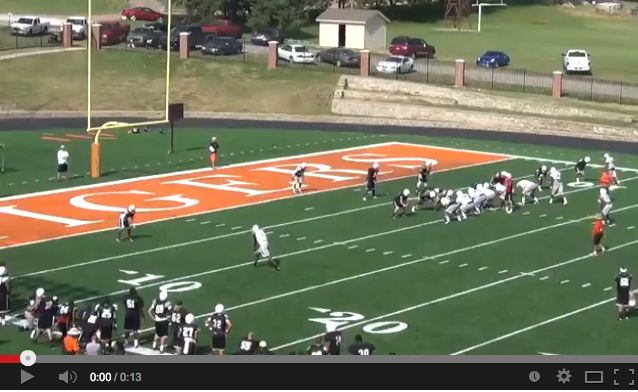 WATCH THE DB AT THE BOTTOM ON BOTH OF THESE CLIPS 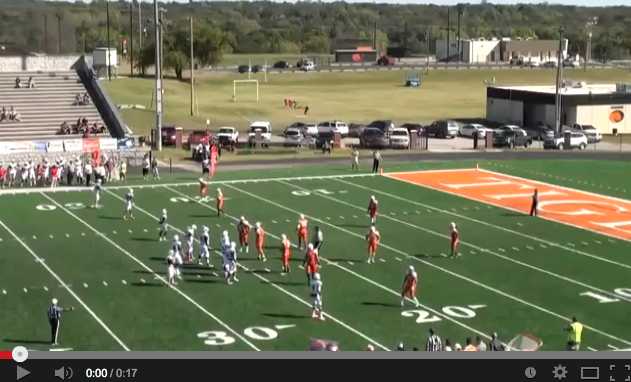 Catch Man Technique Philosophy
The DB could basically stay put and the WR would likely make his break in front of the defender between 7-10 yards. If WR runs a vertical route, the DB will shuffle/slide feet, collision, turn & run. When the DB has more confidence, his pre-snap cushion can be shortened. Just aligning in the path of a WR’s stem, you already re-routed the WR; either the WR runs over the defender, not running his route or he is forced to make his break early. This declares how the DB will play the route. In goaline situations I feel it can be more effective than press man.

We Ended Up Using This Technique With all Man Coverages

The major difference is the DB will absorb the route stem of the WR from depth. You can effectively play quick and deep passing game, while still disrupting receiver stems. The philosophy started out only being a tech used in cover 0, but it ended up being used in all man coverages.

I give the option to the kids to read 3-step in the open field but in red zone they will not read 3-step. Most of my kids felt more comfortable just reading the WR because it helped with their eyes. Eyes are the most important thing to a DB. I love coaching the catch tech and the players bought into it.

You Can Now See Part 2 Here…

This blog is by Darren Garrigan from East Central University in Ada, Oklahoma

Darren Garrigan is a FirstDownPlayBook guest blogger. He is the defensive backs coach and just finished his 2nd season at East Central University. He has mentored 1 All-American, 5 All-Conference and 2 All-Region players. While there, the East Central defenses lead the conference in takeaways back-to-back seasons. Prior to joining the staff at East Central, he coached at Freedom High School in Woodbridge, VA for 2 years. Coach Garrigan has worked over 15 Division one football camps (Including working with Deion Sanders)