Home » High School Football » Does Your PlayBook Stuff Belong To You? You Sure?

Does Your PlayBook Stuff Belong To You? You Sure? 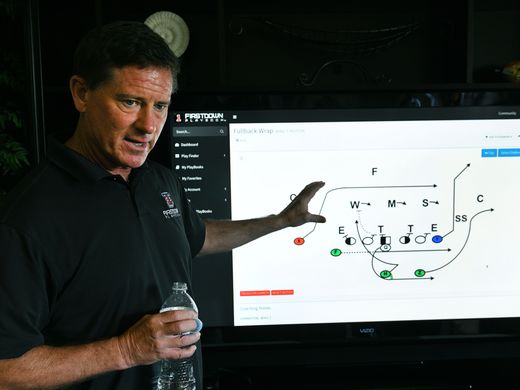 It was the very first full day at the 2019 AFCA convention in San Antonio. It was a big day for FirstDown PlayBook because we were, at long last, going to launch the brand new 2.0 Draw and Edit Tool that coaches had been banging the table for.

Our convention booth was all set up and ready to go as we anticipated the many high school coaches we would have the opportunity to talk with. As the convention vendor area opened and coaches began to wander in we were extremely surprised at the very first coaches who showed up at our doorstep.

Standing at our booth were two coaches, one who coached the defensive line in the NFL and the other who was a running backs and special teams coach in the Southeastern Conference. Admittedly, we knew the college coach, but were still surprised that he and his buddy were our first two coaches!

I asked the obvious question, “What gives? Why are you two chomping at the bit to see this thing?”

Here’s what we heard. Charlie, we both just signed contracts with our respective programs and we both had to sign away our rights to any and all intellectual property if we were ever fired or if we ever left for another job. This was a bit eye opening. After all, I have a thirty year history of coaching in major college and NFL football and never had that be a problem. 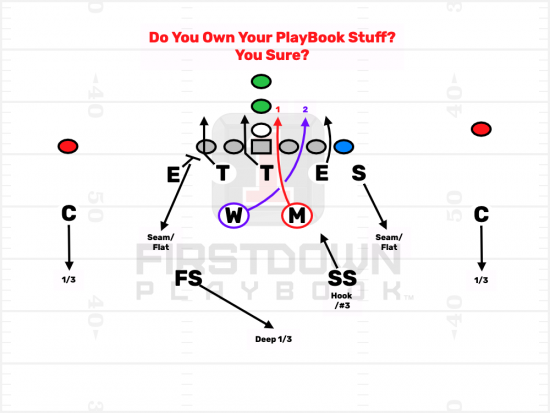 You see, times are changing though. In the old days you would just get your hard copy playbooks out of your office if you thought you were leaving or were going to be fired. Then there were the days that you would just ask the Graduate Assistant or Quality Control Coach to put in on a thumb drive or something for you before the separation took place.

Now, all of these programs have an Information Technology department and guess who hired them? That’s right, it was not the coach, but the Athletic Director or General Manager. Good luck getting them to help you take your playbook stuff with you when you and the brass are about to part ways.

Needless to say, both of these coaches made the investment in FirstDown PlayBook right then and there. It just makes sense. Now, FirstDown PlayBook also recognizes and respects the rights of programs and organizations too. We knew a long time ago that we were going to need to provide a way for the individual coach and the program to be protected with regards to playbook IP.

We have done a very good job with this because we think it’s a “win win” situation if everyone is on the same page and that’s where we come into the picture. No-one does football playbooks like FirstDown PlayBook and this is just one more way that we prove it on a daily basis. Want to know more about how we can protect your IP and playbook stuff? Hit us up sometime and we will show you.