The first full Sunday of NFL football was not short on big plays and exciting highlights. Special Teams was no exception as there were three punt returns for touchdowns, with two coming in the same game. Seattle and St. Louis traded punt return touchdowns in a game that was ultimately decided in overtime. 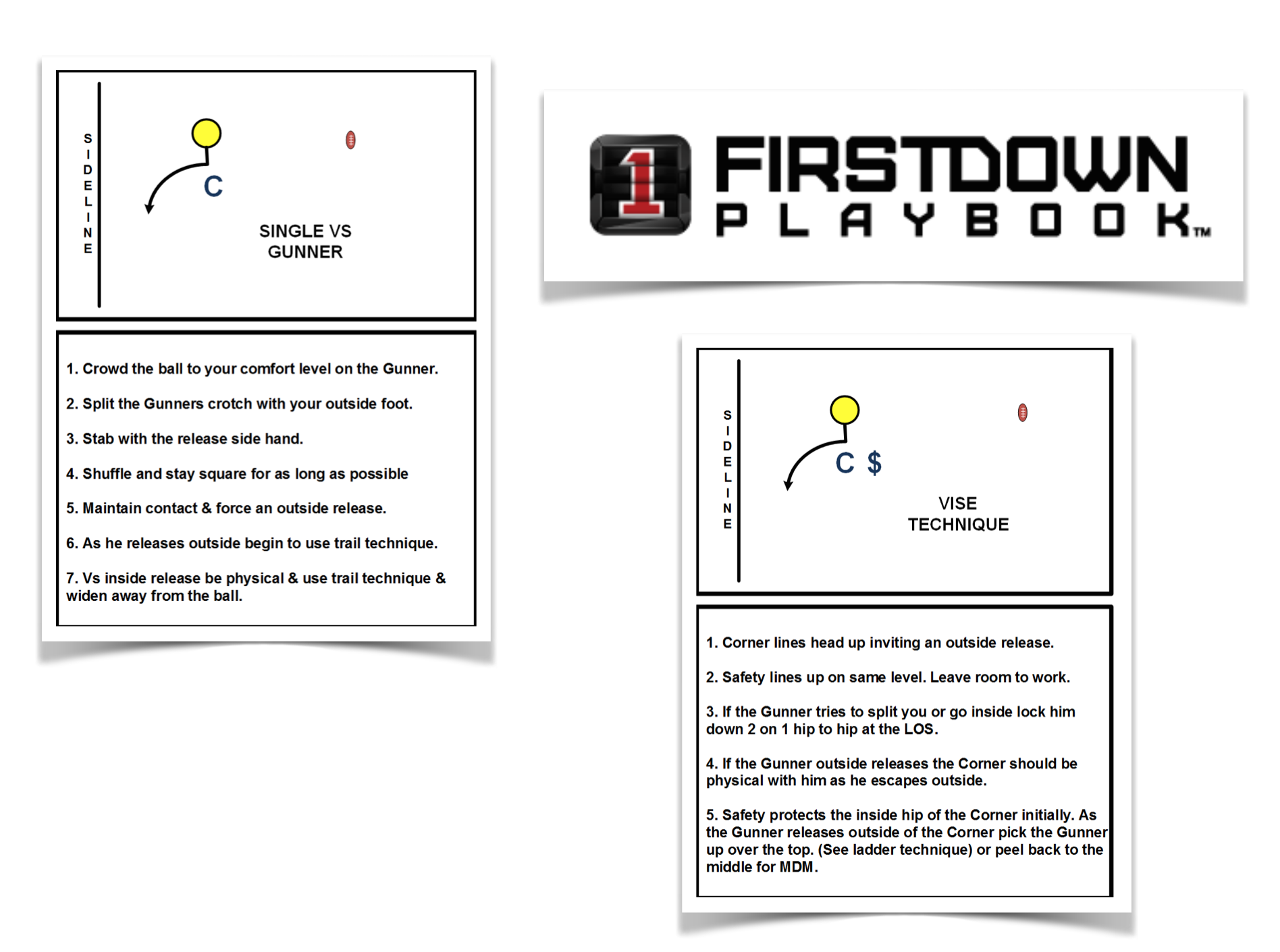 One thing that jumped out to us was the Corner play vs the Gunners in this game. On both punt returns the Gunners were eliminated from the coverage allowing the punt returner to get started. Seattle got it done with singles on both Gunners. A lot is made about an NFL Corner’s ability to play press man coverage and many a young Corner gets to show this ability first as a Corner on the punt return team. Seattle’s two Corners did a great job and the result was their first touchdown of the year!

The Rams answered later in the third quarter with a punt return touchdown of their own. Once again, both Gunners were eliminated but this punt return was successful because of some great game planning by the Rams staff. St. Louis singled the Gunner on their right but played a Vise technique on the Gunner on their left. In fact one of the box defenders also checked that Gunner as the ball was kicked. The result was that the Gunner was eliminated and the Rams took the return to that sideline for six.

FirstDown PlayBook will draw the St. Louis punt return up for you later in the week as we highlight ten of the best plays from week one in the NFL!

Pushing the ball down the field can be hard for a young quarterback. That's why we like this smash concep...

We want to use this 8 man football toss sweep today to prove that a blocking scheme does not need to be c...