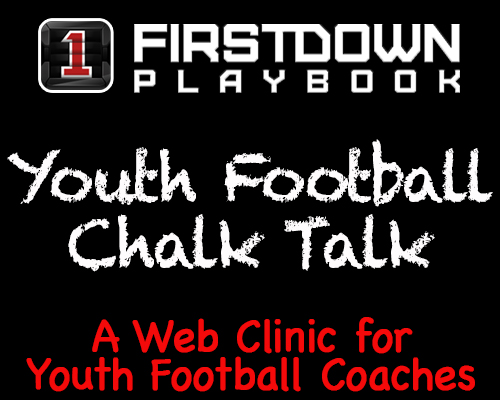 No other football formation brings out the purists like the Single Wing. I mean it has been around pretty much since there was such a thing as American football. Long before the days of the star quarterback, there was a formation that essentially did not have a quarterback.

Granted there are multiple versions of the Single Wing, just like any other football formation. However, some of the common features that you will see when looking at this offense are: 1. An unbalanced line 2. Three players in the backfield, none in the “Home” position and 3. Mis-direction…a whole lot of mis-direction.

At the higher levels of football, the primary elements of this formation exists in the form of the Wing T, but some of the schemes are similar. The passing game can be incorporated into a Wing T offense easier than it can a Single Wing. A lot of youth football coaches wisely do not throw the ball much anyway so the Single Wing suits them just fine.

Now let’s get back to our original point.  For all of you purists out there who may consider it blasphemy that we blocked your favorite Single Wing play slightly different than you know it, we are excited that this year you can edit all of our plays! While we may not be the Single Wing historian that you are, we can guarantee you that we have 90% of your work done on any play you may know!