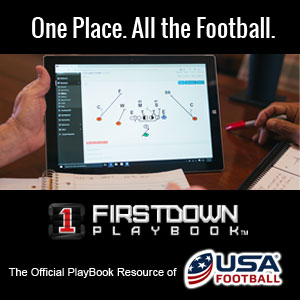 If you are a young football coach one of the things that you can bank on is that you are going to have special teams duty. It’s just one of the rights of passage in our profession.

The smart young coaches are the ones who are not resistant to this but instead they embrace it and count it as another feather in their hat when it comes to job qualifications down the road. They also understand that it is often their chance to have ownership over a unit of their own, not to mention being vitally important to the overall success of the team as a whole.

So today we are going to re-visit a video that we put together over a year ago that explains some very basic things for a young punt return coach to consider before they get too very far into game planning.

Before you start drawing up the latest greatest punt return or scheming a way to block punts you might want to cover these things first. One of the worst feelings in the world is to have the Head Coach coming towards you down the sideline looking for you after you get burned by a fake punt so we want to help you out with avoiding that. Take a look at this short video to get a few tips about a good starting point for coaching the punt return team.