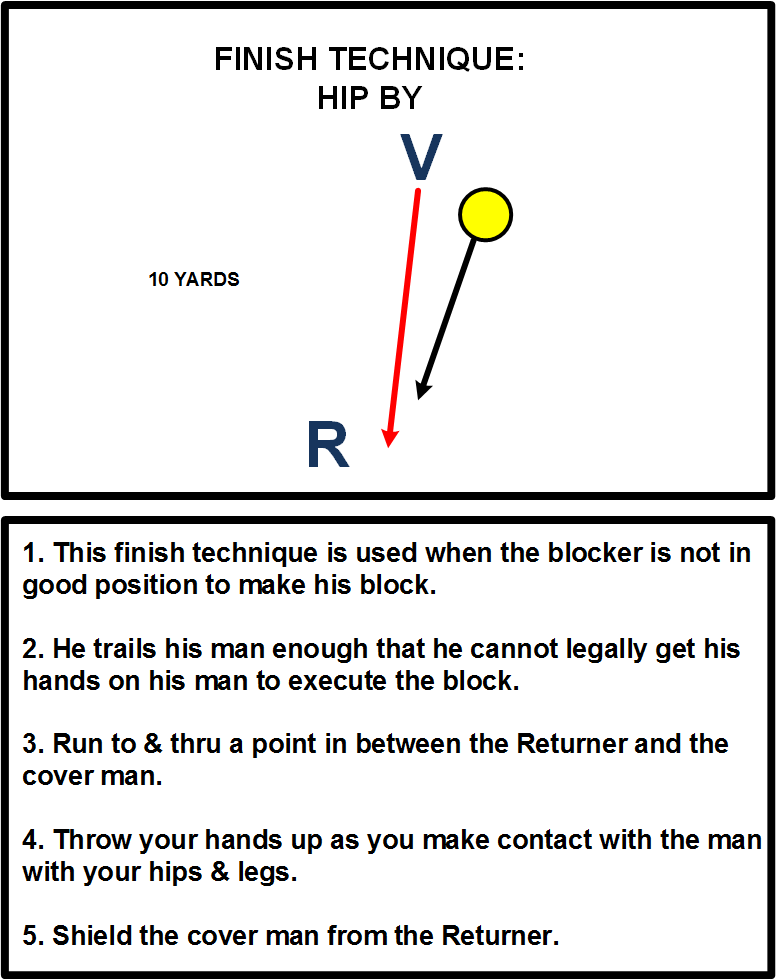 Sometimes the ground lost at the line of scrimmage and on the way down the field can’t be made up. The last thing that the return team needs is a penalty for blocking in the back. There are times when the blocker needs to just peel off and find someone else to block. Someone else on your team may get that block or it can be a fair catch situation where you live to fight that battle another day.

Pushing the ball down the field can be hard for a young quarterback. That's why we like this smash concep...

We want to use this 8 man football toss sweep today to prove that a blocking scheme does not need to be c...